Having already established itself as one of Serbia’s most recognizable institutions over the last decade, Exit Festival in Novi Sad sets the bar higher each year. 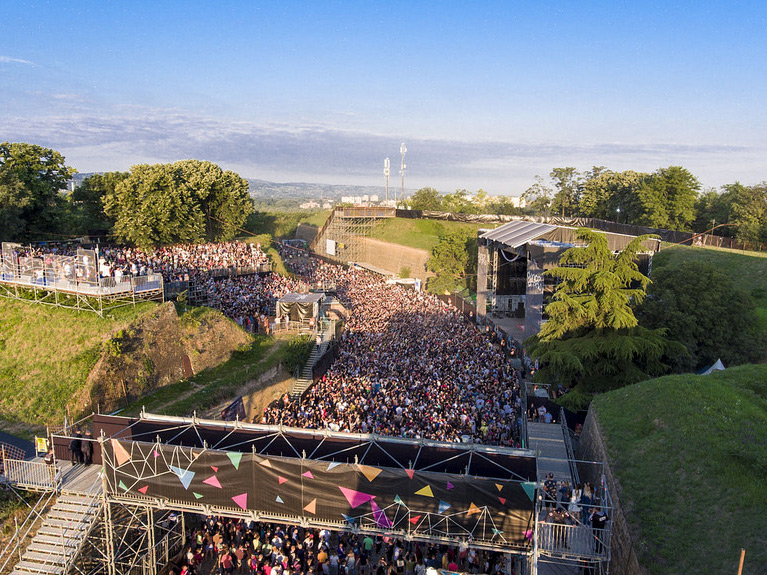 Foreign publications have been saying that this year’s Exit will be the best one yet. Photo: EXIT Festival

The 2017 edition of the festival, scheduled to take place at the Petrovaradin Fortress from July 5th-9th, has already set ticket sales records and will feature big-name headliners from every corner of the musical spectrum.

In a recent article highlighting the most interesting music festivals in Europe, the Guardian gave a nod to Exit saying “The Killers, Liam Gallagher, Years & Years and Jason Derulo. No, not the night out you wish you could go on, but the headliners of Serbia’s Exit.”

Last year, Exit was named the Best Summer Music Festival in Europe for 2016 by European Best Destinations, a popular travel website that works with the European Commission to help promote European travel and cultural exchange.

Exit Festival founder Dušan Kovačević told Belgrade news agency Tanjug that foreign publications have been saying that this year’s Exit will be the best one yet and he can’t help but agree.

“Exit lasts five days and we have managed to maintain the concept that the festival has been known for – to create a perfect mix of various styles and to bring the best representatives of rock ‘n’ roll music, electronic music and all other contemporary and urban musical genres,” Kovačević said.

Another concept that’s very important to Exit is to have a lineup that’s going to span generations. For example, headliners this year will include 1980s shoegaze band The Jesus and Mary Chain, 1990s rock singer Liam Gallagher of Oasis fame, and one of the most popular rock bands of the 2000s, The Killers.

The Killers will be playing “Day 0” – a concept recently introduced by the festival where one big concert is held before the actual start of the festival. Last year, popular American rockers Queens of the Stone Age played the Exit pre-party and with the announcement of the hugely popular The Killers, there’s no doubt that “Day 0” is doing wonders for the festival’s popularity.

What attracts concert goers most to “Day 0” is that they won’t be getting a shortened festival performance by the band that’s playing, but rather a full set that will last as long as the band’s solo concerts traditionally last.