The man behind the huge critical success of the MoMA show on Yugoslav Modernist Architecture is delighted by the new appreciation being shown for what he considers masterpieces in concrete. 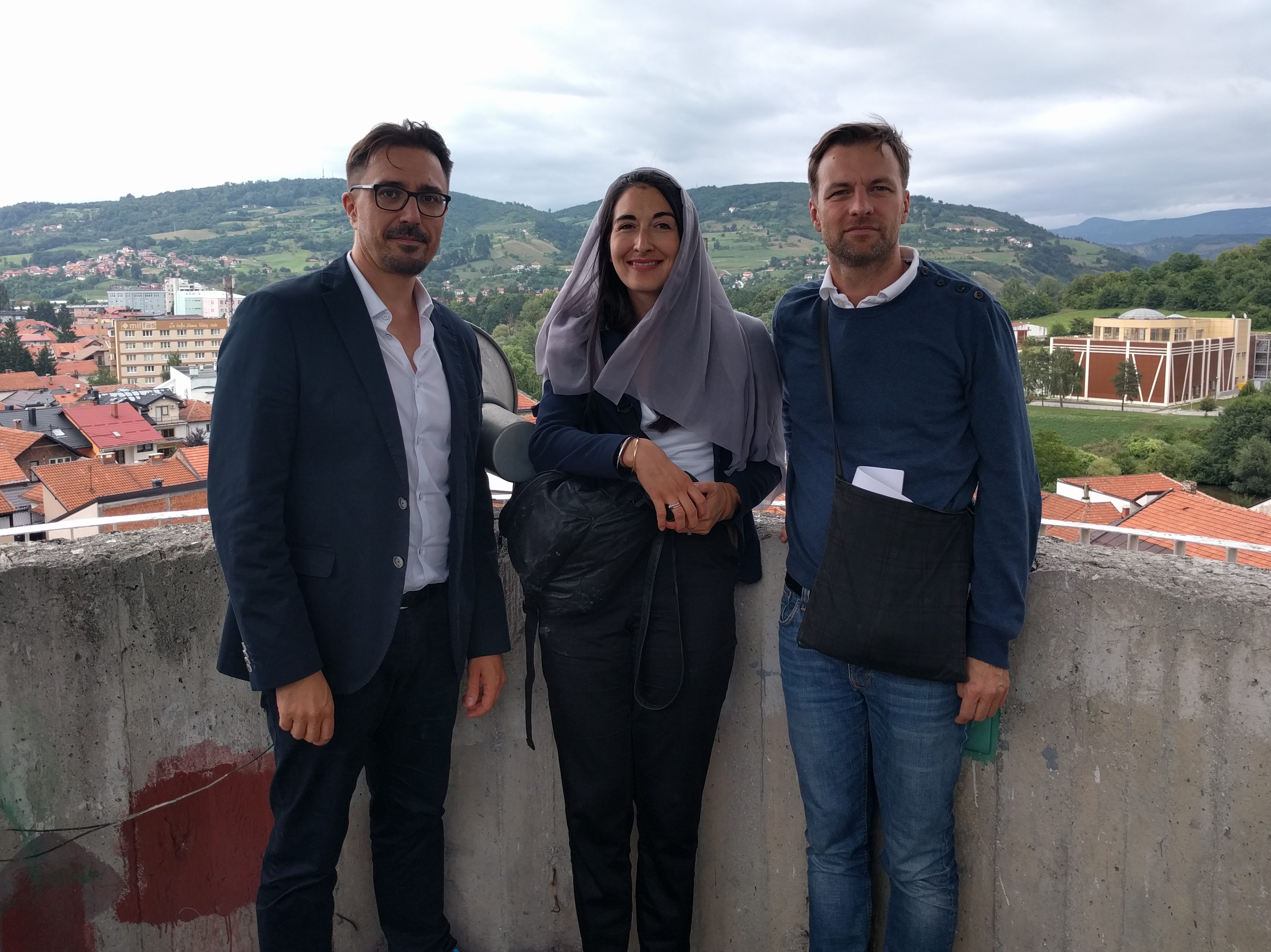 Vladimir Kulic, Mejrema Zatric (curatorial advisor), and Martino Stierli (co-curator, and MoMA’s Chief Curator of Architecture and Design) at the top of mosque in Visoko. Photo: Courtesy of Vladimir Kulic

People were puzzled when Vladimir Kulic started studying Yugoslav Modernist architecture in the early 2000s. “I got the question more than once; why in the world am I working on this? Who would even want to know about this?” he recalled, “Even from architects from the region.”ƒ

He is unlikely to face such questions again following the critically acclaimed exhibition, “Towards a Concrete Utopia: Architecture in Yugoslavia, 1948-1980,” at New York City’s Museum of Modern Art  (MoMA), which runs through to January 13.

The exhibition, which Kulic co-curated alongside MoMA’s Chief Curator of Architecture and Design, Martino Stierli, justifies Kulic’s academic choices and makes an argument for Yugoslav Modernism’s place in the architectural canon.

Kulic trained as an architect in Belgrade during the 1990s but his interests shifted to architectural history just as Yugoslav architecture was itself relegated to history.

“What was happening in front of me with the city was far more interesting than what I originally wanted to study,” said Kulic. As the transition period went on, he saw that “suddenly Modernist architecture was completely changing meaning, changing ownership, changing purpose.”

Some of it, suddenly, was no more. The radical changes made to the architectural fabric of the country due to wartime and post-Socialist neglect “made it very obvious that this was something that required attention”.

Kulic went on to get his PhD at the University of Texas where he studied Yugoslav Modernist architecture and co-authored Modernism In-Between: The Mediatory Architectures of Socialist Yugoslavia.

This book made him the obvious person to call when MoMA started considering a Yugoslav architectural exhibition in early 2015. At first, MoMA wanted to know whether it would even be possible to host such an event. Were there enough archival materials and enough interesting buildings to stage a show?

The curatorial team met in Skopje, Macedonia, in November 2015 where they made their case. Having convinced MoMA that the Yugoslav project deserved to be more widely known, they focused on how to introduce this little known material to the world and make the case for the material’s significance. One of the biggest challenges was the sheer size of the endeavour.